At the time I was born, my mother was 29. She was now the mother of 3 living in Hyde Park, Illinois. She often said she missed the 1960’s because she was already with child by age 18; but she was still a woman of her time. She was an artist and writer, she had been a playboy bunny in the clubs, she married a Jew when her family had never met one, she befriended and often housed unusual, interesting, radical, struggling people, she was anti-war, she was gay friendly, had campaigned for Kennedy.

She is gone now so I can’t ask her to refresh me, but I imagine she was devastated by the assassinations of President Kennedy and years later, in my third term in her womb, Martin Luther King. I was born the day Robert Kennedy won the California primary for their Democratic Presidential Nominee, he was killed the next day. And we lived minutes away from the riot scene of the Democratic National Convention. I was probably in her arms when she watched the TV those days and heard the city around her in chaos.

Flash to now: I watch, listen, and sense into the events of these past weeks. The tragic death of Ahmaud Arbery. The knee on the neck of George Floyd. The ridiculous responses of our president, who has fanned racial tensions flagrantly all along. What am I to do? How am I to meet the moment? Me, a babe of the civil rights era, the daughter of a performance poet, and an ordained minister?

Looking around my life, I am aware, more than ever, that it is lily white. No black friends or neighbors, very few places where I come into contact with any diversity. I had not noticed. It happened gradually as I left work in organizations and focused on creating something of my own. Like my mother, who was sucked into domestic and suburban life; only worse because I don’t even have children to draw me out into the community they might have, or make me think about the youth perspective.

I attended the “Black Lives Matter” event on the U of A campus this past weekend and thought of her, my mother. She was more socially active than I am. More dramatic. She would have carried a sign. She would have known some of these performers on stage, or their equivalents in her day. She was someone who could get up on stage and speak and sing of the aches of the wounded heart and the ravages of oppression. She was someone who would affirm anyone who tried to as well. She wasn’t political, but she was a champion of truth and justice and the power of the spoken word.
Two of the speakers at the rally spoke of the need to stand up, the need for all marginalized people to raise their voices, the need to risk offending the powers that be. I heard them. And then heard them again, when they said that those who are standing here will turn away again. White people in particular. Will retreat. Will collude. Will comply. Again. They were scolding us and I felt it, and deserved it. They also were voicing their despair; you might feel good about being here letting us be us, but you will forget about us tomorrow….

A client I had been with earlier in the day- grieving deeply the wounds of her family combined with the grief of our country and world, likewise had doubted that any protest would matter. Not just this but in general- all that has been trampled these last 3 years….
It’s too big and pervasive. All the brokenness. And the Powers That Be, that serve themselves and their kind alone.

And yet: Something finally does seem to be happening. Moving the needle. Shaking the status quo. What can I do? How can I contribute to the moment? How will I remember, tomorrow and in the weeks, months, years to come what is happening and what is needed to help others up and out of not only personal despair (which I am trained to do), but systemic oppression (which I am not)?

Please know this reflection is primarily personal. I am sharing it to expose my own process rather than to wave a sign of any kind. As a contemplative, someone who is more introverted than extroverted- more emotional than intellectual- more spiritual than practical- I am searching for my authentic response to how will I remember and act.

I will take heart and inspiration from those I see standing up, speaking out, calling out, crying out. One of the presenters yesterday, sang a song about the places she can’t go because of the risk of being killed by police. It was stunning and at one point she screeched and screeched and it was just, right. Just as we would hope in our grief workshops when people connect to the rage or fear or desperation that really was a natural way to react, but most likely was repressed to stay alive. We have to allow ourselves and others to grieve, which includes rage and anger properly directed.

I will continue to listen and care and beam a deep faith in the potential of individuals to connect with deeper powers than the powers that be. As a black minister said of Trump’s photo op at St. John’s Church, “The God I serve is higher than that.”
I will continue to commit to my own contemplative path of Yoga. Prayer. Meditation. Not as an escape or evasion, or personal pursuit of health or wisdom, but as a form of purification and the innate desire to provide places of refuge and processes of insight for others. Refuge, that Thomas Merton referred to as necessary to make active work “fruitful.”

And I l will commit to learning more about systemic oppression, about my own bias, about what is now referred to as white fragility. I truly don’t understand these things- have not felt it was relative to me yet. Now it is.

All this does not alieve the pain of those actively oppressed, the real suffering of so many, but it is something I can and will sincerely do. From a black president to a racist president to the unknown future. We each have plenty we can do that matters.

While the moment is ripe for change, while the situation is dire for so many, while hope is sincere, it will not be easy. In the words of Thomas Merton again, and in the spirit of the long view, and the contemplative I am, “concentrate not on the results, but on the value, the rightness, the truth of the work itself. ” Thomas Merton 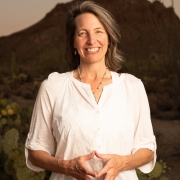 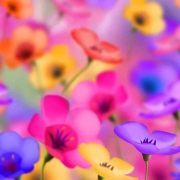 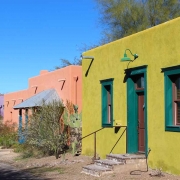 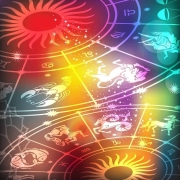 We are all feeling so much right now 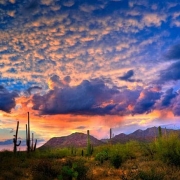 Years ago, I read an article by a teacher of the Vedic sciences, regarding the cultivation of Prana. 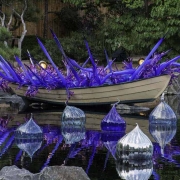