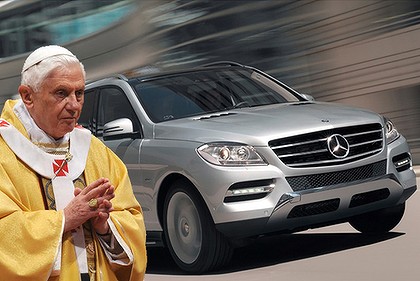 The term for making contact with a saint, guru, divine form, holy person is “darshan°. It is from the Sanskrit root °dri° which has to do with looking or gazing. In yoga we hear the word °drishti” pertaining to where to focus ones eyes.

I arrived in Rome on Sunday afternoon; my paternal uncle met me at the airport. It felt very different to be in Europe. I passed through London already, but now it is official, I am not in Asia anymore.

It feels so easy here, so quiet and calm and sane. My uncle thinks this is odd as for him Rome is crazy and erratic, compared to San Francisco or Paris, his two other favorite cities.

On the plane I sat next to a Sikh woman from Chandigarh. She was young and beautiful with long dark hair pulled back in a braid. She was wearing innumerous bangles on both arms and rings on every finger. She was nervous and commanding, with extra baggage and needing lots of male support to hoist her things into the overhead compartment. During the 9 hour flight we talked a bit and it turns out that her hair is long as it is a Sikh custom to not cut their hair, that the bangles indicate that she is recently married and she will wear them for 1 year, that she has all her jewelry on as she is en route to her new husband in Canada and her inlaws instructed her that this was the safest route to carry her valuables, that she is commanding because she is used to having servants at home, that she is nervous because she is flying for the first time, leaving home for good, heading to her husband’s family that will now be her family. It was of course an arranged marriage, but in this case, they met through the internet, within 3 months it was all decided. Another Sikh family, the same caste or class. In Canada though, no servants. She will need to learn how to do things herself. With her in laws guiding her of course.

In Italy, my uncle lives with his partner and his childhood friend from Chicago, Sandy, who knew my parents as well. Her and my mom were the same age and had their first child at the same time. They were both very beautiful and wild. The children slowed them down, but their natures were not dissimilar. We all go to dinner at °Ensalata Rica° which is a good salad chain. I eat raw food for the first time in weeks and drink white wine. Olive Oil, sun dried tomatoes, olives, parmesan cheese, corn, Italian Bread, balsamic vinegar. It all tastes more delicious than ever before.

The next day Gerald and I go for a walk in his beloved City. He lives in the shadow of the Coliseum. We walk down the °Via Emperiali°, a street created by Mussolini with ancient looking columns that actually credit him and reference his dream to create a new modern Roman empire. We pass the Roman forum and Trajan’s marketplace. We come to the Piazza Venezia, where Mussolini gave a famous speech from the balcony of a palace, we wander by the Parliament buildings and ancient churches. Gerald can decode everything i am seeing. He knows Rome’s history from its beginnings to the present moment and speaks Italian fluently. It is a special odd holiday this day, °The feast of the Immaculate Conception° of Mary. A strange holiday declared only 150 years ago that says that Mary was conceived normally, yet immaculately, thus making her the proper vehicle for the birth of Christ. Got it? People are roaming the streets in a casual way as it is holiday.

Gerald and I get 3 special treats on our way back. An old palace is open, with an art show, and we can wander in and see the grand rooms- the modern art is nothing compared to the rooms. The Chapel of °San Marco°, closed most of the time, is open and we can see some of the ancient mosaics. Coming out, I notice there is a commotion. People are lining the streets and there are police lights flashing. Something is happening.

Looking up the street, we see a procession. People are getting very excited. It is the pope mobile! The pope is standing in his modern chariot, in his red and white garb, waving and smiling. Like any good Italian Catholic (were American Jews mind you) we wave and smile. The crowd is thin enough to see and be seen clearly. I look at him, he looks at me. We smile. There you have it, Darshan with Pope Benedict XVI.

December 9, 2008/by Natasha Korshak
Starring Me!